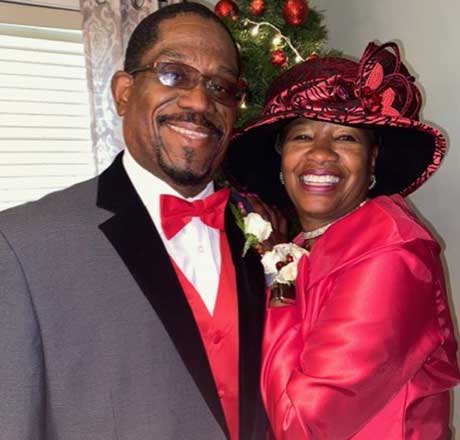 Dr. Curtis Hill is a native of Anderson, South Carolina. He is the son of the late Nathaniel and Corine Williams Hill.

Dr. Hill preached his initial sermon on June 29, 1980, at Mtn. Spring Baptist Church in Anderson, South Carolina. He was called to pastor New Holly Light Baptist Church in November 1980 where he currently serves as the Senior Pastor. During his forty-year tenure as Senior Pastor, Dr. Hill has served and continues to serve on various community and state committees. He is presently the Moderator of the Rocky River Baptist Association, a member of the NAACP, a member of the Anderson Area Ministerial Alliance, a member of the Education Missionary Convention of South Carolina, a member of the National Congress of Christian Education, a member of the Four Kids Foundation for District 4, a registered Campus Minister for Clemson University, and he also serves in various other local and state organizations. Dr. Hill has also received numerous awards and recognition for his leadership and service.

Dr. Hill has been married for 49 years and is the husband of Louise Hanks Hill. They have two children, Shenicka Hill McCray and Curtis N. Hill. They are also blessed to be the proud grandparents of seven grandchildren and one great-grandchild.

Dr. Hill is grateful for the things that the Lord has allowed him to accomplish, but the most important thing is that God saved him one day.